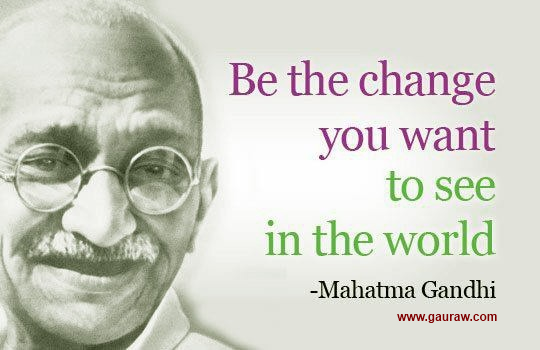 This blog post is part one in this two-part series on perspective. In this I reflect on the value of perspective, gained through the study of history, to turn despair into hope.

At the moment, as a left-wing liberal, the ‘Western’ world is a depressing place. What makes current events more concerning, is they seem to form self-reinforcing cycles and it is unclear how to break them. Undoubtedly, readers will know of many examples. Nonetheless, I highlight two:

The rise of Trump and Brexit shocked the world. Both have already had far-ranging consequences (there is a dark irony that for isolationist movements have led to more world-wide coverage, engagement and conflict). However, they were not flukes and instead were symptomatic of a largely disenfranchised group of white and low-income voters who, as the inept Michael Gove put it, ‘have had enough of experts’. This last point is terrifying, where people no longer trust reason and logic, the lines between fact and fiction become blurred. One man’s word is just as good as another’s, no qualification (pun-intended) required. This is best illustrated by Trump’s own ‘fake news’ when he claimed he coined the term ‘fake news’!

In such world, people no longer critically engage and instead passively absorb what they are told. And who tells them what to think? The media. And who controls the media? That answer depends on who they listen to. And who do they listen to? The media. The circle, often termed ‘echo chambers’ is widening the schism. Whoever you believe controls the media (I think it’s the rich elites who own the likes of Fox News and the Daily Mail, but then I am left-leaning), eliminating public discussion makes the rise of Trump-like figures all the more likely which in turn further impedes public discourse, etc….

Terrorist attacks (or more appropriately, killings by someone with any distant & twice-removed Muslim uncle) seem ever-more present. The media feed off this, and so do ISIS. They are in the fortunate position to be able to claim any attack is somehow their doing, and despite no form of proper verification – the media peddle it. It has gotten to the point that every time I hear of an attack, I just hope that it is committed by a white, rich, Christian. This quote from The Office US captures this:

Michael: Why did the convict have to be a black guy? It is such a stereotype. I just wish that Josh had made a more progressive choice. Like a white guy who went to prison for polluting a black guy’s lake.

In promoting this skewed reality, Islamophobia rises and in turn, extremists can claim greater evidence that ‘the West is intolerant towards Muslims’. This makes their rallying cry all the more powerful and makes recruitment for these terrorist attacks more likely (hilarious clip below). It’s a vicious cycle.

It is hard, at times, to see any light at the end of the tunnel.

The Root of despair

Despair is defined as the ‘complete loss or absence of hope’. For events to evoke such a feeling, it requires current events to 1) form seemingly self-reinforcing ‘vicious cycles’ and to be 2) very depressing. To both, history provides valuable insight. These realisations have largely arisen from reading Yuval Harai’s book ‘Sapiens: A Brief History of Humankind’ which I would highly recommend.

A history of examples

As William Blake said, ‘hindsight is a wonderful thing’. With hindsight, previous problems seem easily solved. It becomes easy to think that the current scenarios are more impassable and between more implacable characters. A more thorough reading of history highlights that many equally difficult quandaries have been overcome.

I am not a great believer in the predictive power of history, whilst humans have not changed, the contexts and institutions which shape our lives have done so manifestly. As such, I do not suggest hunting through history books for answers to today’s problems. Instead, similar self-reinforcing ‘vicious cycles’ have been overcome before and this should provide hope that solutions are out there. (As this is the ramblings of a hypocrite, I have not done my own sufficiently thorough readings of history to provide any examples, but they do exist!)

The light at the start of the tunnel

The growing awareness of how prolific, systemic and accepted sexual harassment is in politics, media and arts (although I feel this likely extends everywhere) is just one of many examples. In this case, the ‘status quo’ is the belief that men, in general, did not abuse their power over women, other men and children for their own pleasure. This ‘status quo’ bias forms our base expectation, the 0 degrees Celsius on our ‘hope’ thermometer. From such a position, current events only seem like we are regressing into an ice age.

I would argue that current events are far less depressing when you take a more depressing view of humanity, as the annals of history suggest. Your ‘faith’ in humanity is misplaced. Countless tales of history show that on in most instances when people (and men generally) are given the opportunity to hurt another for their own gain, they will. We are so bad at this that even when BOTH parties can benefit, we fail to do so – the Prisoner’s Dilemma is a great example.

I truly believe that humans are not naturally born with good intentions. We have evolved to pursue our own interest over others in the ultimate goal of survival of our DNA. In response, societies have built institutions around us that try to prevent us from such acts, i.e. rule of law, belief in karma or (in my opinion) an afterlife and a god who will punish us for it. A remarkably successful example is the Universal Doctrine of Human Rights. This is not written into our DNA, it is coded into societies laws and has become one of the most ubiquitous belief systems.

Sexual harassment is rightfully causing a great uproar around the world. However, nearly a hundred years ago or three generations, women were not allowed to vote in the UK and US and rape within marriage were not recognised in all states in the US till 1993! If you drew humans randomly from history then 99.93% (100/150k) would have not seen anything wrong with such acts and laughed at any suggestions otherwise. These are ‘backwards’ views only from our, very recent, current perspective. It took so long because achieving such rights in a patriarchal society required for men to agree on the importance of these rights from a principled viewpoint. After all, in the case of voting, bypassing women’s suffrage they were halving the value of their vote. Any rational, self-interested agent would not do such a thing.

Humanity has functioned in small (<200) member groups for most of our 150,000-year existence because we simply could not collaborate and tolerate strangers. If we take this as our base expectation, we gain perspective on the remarkable progress that has been made.

I argue all of this not to suggest that we should be satisfied with our progress and people are ‘making too much of a fuss’ about current events. In fact, the key driver of progress has been the insatiability of human desire for it. Instead, I argue that a historical perspective turns despair into gratitude. Gratitude that despite how terrible human beings are, we have built a society that overall manages to co-exist, and even collaborate occasionally, far better than any other. More importantly, history highlights how much we can achieve – even when facing seemingly insurmountable self-reinforcing vicious cycles.

So, when looking at today’s current events with despair, with a dose of perspective, we can turn this despair into hope and hope into action and, eventually, action into change.

Relevant posts – You might be interested in reading the follow on piece A human centric world: are humans really central? and Self-Improvement: the pursuit of a better self

Why not sign up? If you find these posts of interest and would not mind receiving an occasional extra email (max. weekly) or maybe you simply enjoy deleting emails, why not follow this blog by entering your email on the left sidebar?

One thought on “Perspective: the cure of despair”