Abraham Lincoln is a household name, and much like most household names, people are content with the name to be the extent of their knowledge. I was one such person until I picked up the astonishingly well researched and thorough book ‘Team of Rivals: The Political Genius of Abraham Lincoln’ by Doris Kearns Goodwin, a Pulitzer Prize-winning author.

At 900 pages it is not a quick read, but for those interested in a comparatively brief summary of why Lincoln was special, I wrote up this summary here [Team of Rivals: Abraham Lincoln]. An even shorter summary: Abraham Lincoln, born in 1809, is remembered as a self-taught man who won the highest honour of the nation without any privilege, becoming the first Republican President; he managed to unite a very divided political party and country; lead the North in its victory to end Slavery and restored the ‘United’ in the United States and is perhaps best remembered as the first assassinated president. His achievements speak to his greatness and I think there is much the left can learn from him and I write this as someone who is left-leaning.

Stories not Statistics, Anecdotes not Arguments

From a young age, Lincoln had a keen interest in storytelling. He memorised stories he overheard from his father, tales in books like Aesop’s Fables and passages in the King James Bible. With these stories, he dissected them, analysed how best to articulate them and subsequently captivated any audience he encountered with his adapted versions. As Doris Goodwin notes in an interview ‘the importance of telling stories as a way of communicating to an audience.. [is] such a huge part of leadership.’ On countless occasions: in meetings with soldiers on a battlefield; in his cabinet discussions; in his chance encounters; he would find a line from Shakespeare or a tale of his own experience to impress upon others his more serious point or add a lightness to a situation. Here are some but this is my favourite.

Self-deprecating humor came naturally to Lincoln; once after being called “two-faced,” he quipped, “If I had two faces, why would I be wearing this one?”

Brexit, perhaps more so than Trump, was a damnation of perceived wisdom. As Michael Gove put it, ‘Britain has had enough of experts.’ Regardless of how stupid and misguided such a statement is, it highlighted that for the majority of people, expertise and facts had little bearing. Much is made of the role the fictitious claim that Britain could save ‘£350m a week’ by leaving the EU, I think this is overestimated. The power of this line was not the statistic, but instead the story it told. It captured the feeling that ‘money is flowing out, whilst the UK tumbles’. Whilst the left trotted out academics to sign pledges and give speeches, the right had charismatic storytellers.

Boris Johnson and Trump have only one thing in common with Lincoln, they recognised the power of stories instead of statistics, and anecdotes instead of argument – and how it has served them well!

Abraham Lincoln had lived many different lives before he stepped into politics, making a living as a boatman, store clerk, surveyor, militia soldier and then law. Through these experiences, he gained an outstanding ‘emotional IQ’ – as his secretary wrote, ‘‘[this] crowning gift.. gave him the power to forecast with uncanny accuracy what his opponents were likely to do.’

Moreover, it meant that he had an appreciation for the complexity of the motives of human behaviour and decisions of human cognition. He was always on the right side of history but never righteous. He empathised with the soldiers who ran in the face of battle, pardoning any ‘deserters’; with the black slaves, whom he sought to emancipate; and with the white slave owners who fought for the South with whom he wished reconciliation, not retaliate.

I feel Lincoln’s empathy is missing in today’s politics. On the left, we fail to recognise that Brexit voters and Trump voters are not a homogenous group of white, old and racist men. During my time at Cambridge, Conservatives were always associated with elitism and xenophobia. For the left, it is far too easy to dismiss the voters of right-wing nationalism as ignorant. The great irony is that we on the left are equally ignorant by choosing to disengage with the real societal problems driving this.

Problems of inequality, mass immigration and isolationism undoubtedly pose a serious threat to the jobs, cultures and identities of many poor, white, unskilled males. The influx of low-wage workers may well increase the GDP per capita in the long run, but what is the impact now? By contrast, for you and me, the effect is non-existent. In fact, we benefit from the cheaper labour as nannies, Uber-drivers and cleaners. And yet, we feel that we can dismiss fears of job-loss by pointing to studies.

As David Brooks beautifully put it in this podcast, ‘Trump [and Brexit] is the wrong answer to the right question’. In 1864, Lincoln announced in his second inaugural address as President that in regards to the Southern opposition, “but let us judge not, that we be not judged”. Lincoln’s empathy would go a long way towards finding the right answer.

Pushing with the Tide, not Against It

One of the greatest criticisms levelled at Lincoln is that he did not act quickly on issues like firing his terrible war generals or abolishing slavery. Lincoln privately wrote that ‘if slavery is not wrong, nothing is’, but he did not act so boldly. In one famous speech, he said that ‘my paramount object in this struggle is to save the Union. If I could save the Union without freeing any slave I would do it’. So, why is he remembered as the Great Emancipator? Because progressive ideas need to be implemented.

Lincoln was deliberately slow to act, he wished to keep both the radical anti-slavery supporters on his side, whilst not alienating the crucial North-South border states that had not made up their mind. His famous Emancipation Letter was written weeks before it was released – he wanted to wait until the time was right. As an observer at the time noted, Lincoln was ‘the most truly progressive man of the age, because he always moves in conjunction with propitious circumstances, not waiting to be dragged by the force of events or wasting strength in premature struggles with them’.

As the world considers the current migrant crisis and the push-back from native populations, this is an important lesson for the left. For progressive ideas to turn into progressive actions in a democracy, you need to carry the majority with you. As Majid Nawaz argues in this fascinating podcast with Sam Harris, Angela Merkel’s commitment to take in hundreds of thousands of refugees in 2014 may turn out to be one of the worst decisions for refugees themselves. The flood of immigrants to communities, regardless of how well-meaning, inevitably disrupts the local culture and values. Coming from a different culture does not mean immigrants cannot assimilate but simply that it will take time and a measured approach is more appropriate. The immediate backlash is being seen with a sudden rise of right-wing parties in Germany, a country where the right naturally struggles.

Lincoln was strong in his principle that slavery should be abolished but with his empathy, he also understood where the public was, and where he had to bring them. With stories, rather than statistics, he nudged the public sentiment and when the timing was right and the tide had shifted, he published his Emancipation letter. And that is why this pragmatic man is today remembered as the Great Emancipator. 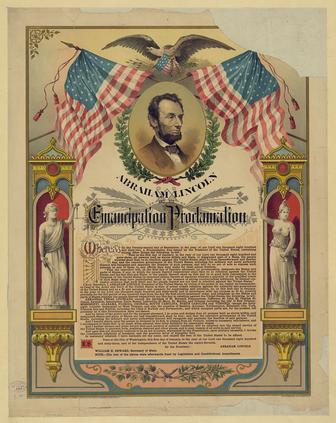 After reading so much about Lincoln, I was struck by the similarities of the 19th Century to today – a people divided by conservative and progressive ideas; the lives of millions of unfortunate souls in the balance and the future of ‘popular government’ at stake. Lincoln managed to bridge such divides, save millions of lives and build a government for the people by recognising the importance of storytelling, having a universal empathy and mastering the timing of great societal change. The left could learn a lot from such lessons.

One thought on “What the Left can Learn from Lincoln”