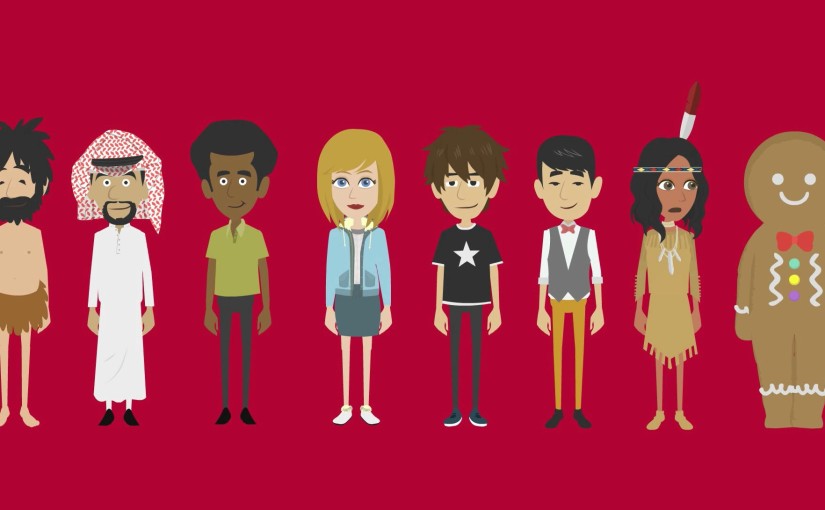 The world of polemics has been set ablaze by the rise of Identity Politics from the ‘Radical Left’. Prominent academic voices, like Jordan Peterson or Sam Harris, argue that Identity Politics is a force for evil; a movement of ‘social justice warriors’ who have created unnecessary divisions and, through political correctness, impinged upon the sanctity of free speech. They point to the de-platforming and rejection of speakers from liberal colleges in the US with aggressive incidents like at Middlebury College with Charles Murray (more here). These academics have now gained a cult-following from the ‘alt-right’ and ironically from those who not too long ago had ‘had enough of experts’.

I contend that whilst it can be detrimental, the Identity Politics of today is a facet of natural human tribalism, has always existed, is a sign of progress and can be a force for good.

Tribalism is defined by Wikipedia as ‘the behaviour and attitudes that stem from strong loyalty to one’s own tribe or social group’. In primitive human societies, such tribalism was vital to finding commonly shared features with which to cooperate, collaborate and overcome the threats of being eaten by a lion. As we ‘progressed’, and such threats were overcome, lions were replaced by other humans but, unfortunately, tribalism remains embedded in us.

Fascinating psychological tests highlight how powerful ‘tribe-mentality’ is and in this podcast with Ezra Klein, Amy Chua talks about an experiment where arbitrary groups were created of ‘overachievers & underachievers’ and they were willing to lose money so long as the other group lost more. History is also replete with examples of how [un]kindly we treat people who are not part of our tribe. However, as Stephen Pinker highlights in ‘The Better Angels of our Nature’, we are getting better.

Human tribalism can also be seen in fiction where, like all the best fiction pieces, it reveals a deep underlying truth about humanity. The chilling classic, ‘Lord of the Flies’ (SPOILER!), is a book which primarily highlights the inherent evil in each human. Another reading of the book, and one which I find much more compelling, is that it highlights the ease with which humans can become tribal, even as innocent young boys, and descend into a murderous anarchy. 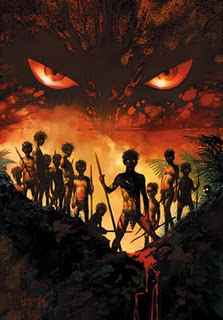 How come we no longer live in tribes? Stephen Pinker writes “…with the expansion of literacy and travel, people started to sympathize with wider and wider circles, the clan, the tribe, the nation, the race, and perhaps eventually, all of humanity.”

Such an expansion of numbers could not happen with tribes because, as Yuval Harari writes in Homo Sapiens, tribal groups reach a natural cap of around 150 people, Durban’s Number. Beyond 150 people, necessary social ties to unite and promote order begin to break-down. This can be seen in the natural roaming packs of monkeys, in the social phenomenon analysis of Malcolm Gladwell and even in companies like Gore which limit office space to 150.

For society to outgrow these previous ‘tribal’ groups, we needed ‘imagined realities’ to impose order. Harari focuses on the power of religion as one such imagined reality, they only work so long as people identity with them and as such, religions can be viewed as a form of identity. More generally, identity can also act as an imagined reality. Our identities are drawn on arbitrary lines like skin colour or location of birth but they help us cooperate within our group. We can easily arrange, assimilate and support within our identity groups and struggle to do so across. 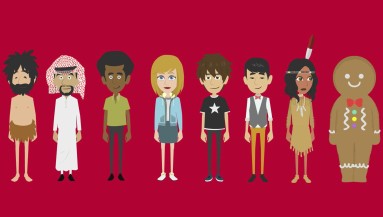 When this enters the political sphere, it becomes Identity Politics. Identity politics allow us to feel part of a group by making us collectively feel different from other groups. As defined by Wikipedia, ‘Identity Politics refers to political positions based on the interests and perspectives of social groups with which people identify.’ Identity is the modern incarnation of Tribalism.

Identity Politics seems to have had a recent rise but we can trace forms of identity throughout much of the past two centuries, it just depends on how you define ‘identity’.

Identity Politics is most prominent in the current political debate in the US. Denouncers seem to ignore that the momentous points in American history were shaped by violent battles between identity groups. The United States came into existence as Americans united under a shared identity of nationality, with Paul Revere running around proclaiming ‘the British are coming!’ NOT ‘our oppressive leaders are approaching’. The American Civil War was a battle over slave-ownership identity; The Cold War between the ideological identity of Capitalists vs Communists and The War on Terror of American identity against Terrorists. All such clashes had tremendous consequences.

Even today, we practice Identity politics all the time. Nothing illustrates this better than sport events like the Olympics. A global gathering which pits people born into different geographies against each other in games requiring cooperation within, rather than across, groups. As a supporter, your loyalty is based on the ‘us vs them’ mentality of identity politics. The same logic applies to supporting your local football club – from which the radical identity politics descends into hooliganism.

So, if Identity Politics is not new, why is it being talked about as if it is? I am not sure. Maybe because the lines of identity which now divide us are within Western society rather than being exogenous as had been in the past. The US War of Independence, Cold War and War on Terror were all fought against enemies largely abroad and in response the nation united; the British, Communists and Terrorists. Americans were united by their shared identity in opposition to others.

By contrast, the American Civil War was an example of identity politics fought within an otherwise united group, white Americans. The War symbolized a battle over what it meant to be American, to enslave or emancipate? When the lines of identity are drawn within a democratic society, the debate becomes all the louder and more painful. However, at the same time, it can become more meaningful as it forces a form of introspection. The Civil Rights, Abortion Rights and Gay Rights movements were very divisive as they challenged the notion of American Identity. These created a degree of social upheaval unlike the War of Independence, Cold War and War on Terror, but now, thanks to their success, we are more enlightened.

Today, identity politics has emerged from within the US, most notably from minority groups defined by race, gender or sexuality with movements like Black Lives Matter, Feminism and Trans-Rights. Why do minority groups feel they need to make their grievances political? Western societies have been built by white people for white people: white is the de-facto identity. These minorities are pitted against the power structures that oppress them, generally labelled as ‘the silent white majority’, and democracy is their way to challenge it. Unfortunately, in response, ‘white identity’ has gained a meaning and seems to be winning the day.

Today’s Identity Politics has been denounced for creating divisions amongst the left rather than uniting it; fuelling the ‘alt-right’; censuring moderate speakers and taking over college campuses. These criticisms are certainly valid in some instances, and the internet is full of content which supports this point of view. Mark Lila offers a nuanced argument for why this is the case with Sam Harris here and Jordan Peterson has countless videos about this. The loudest voices at the moment are theirs, I think there is another case to be had.

Ironically, for this new form of Identity Politics to have gained prominence, it has required minority groups to gain the liberation to speak and to be heard. As eloquently put in this discussion with Ezra Klein, Carol Anderson highlights that it was not until the 1964 Civil Rights Act that discrimination based on race, colour, religion, sex or national origin was outlawed. At only 54 years ago, this is likely the age of some of our parents! Till then, politics was about liberal white men arguing with conservative white men. Regardless of its consequences, the fact that an identity politics based on minorities exists is a sign that as a society we have made some progress.

Politics is our civilised form of conflict, a war of words and ideas instead of sticks and stones. Much of what we now deem to be political progress has come from the aggressive and divisive means of identity politics. Real progress has always been hard-won. At times, like with the American Civil War and Civil Rights Act, this has come at the cost of lives. At others, like the gay-rights movement or school segregation, it has caused great social tensions. . Maybe the divisive nature of Identity Politics is inevitable when you challenge the privileged status quo to push through progress?

What do you think? Is Identity Politics inherently damaging? Is the silencing of freedom of speech more concerning than previously? Comment below.

Relevant posts – Interested to hear more about my own confused identity and the role of identity in society? Check out My Struggle with Identity. Alternatively, maybe you want to hear about What the Left can Learn from Lincoln.

Why not sign up? If you find these posts of interest and would not mind receiving an occasional extra email (max. weekly) or maybe you want to give my ego a boost or perhaps you simply enjoy deleting emails, why not follow this blog by entering your email on the left sidebar?